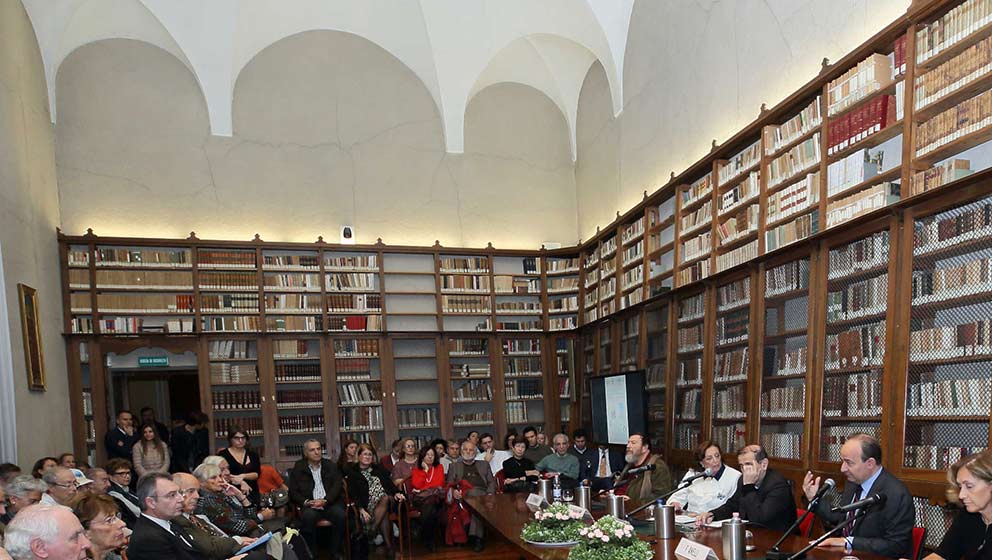 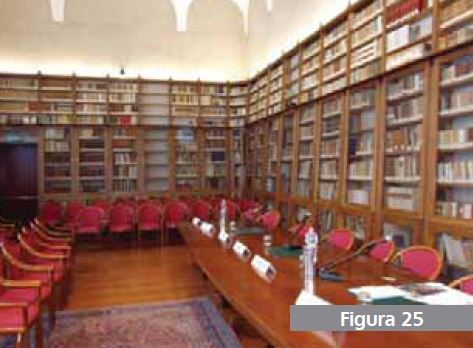 The Negri da Oleggio Room (fig. 25) is located between the Rectorate and the Aula Magna (Lecture Theatre), next to the Doric Cloister, and overlooks the Garden of St. Catherine, traditionally known as the Garden of the Virgins. It takes its name from Count Vincenzo Negri da Oleggio (1887-1976), a great scholar and bibliophilist from last century. In 1968, he donated the precious book collection housed in this room to the University.

This bequest was due to his deep friendship with Father Agostino Gemelli and by his wish to make the collection available for everyone. The books of the collection span from the Middle Ages to 1970s and show the Count’s interest in local history. The main branches of research are:

In the collection, stand out manuscripts of great importance, like a very precious 1106 authentic diploma belonging to Matilda of Canossa.

This Room also houses some exquisite evidence of the artistic heritage of the Università Cattolica:

In the Middle Ages, when St. Ambrogio’s Cloisters used to house the Benedictine monastery, this was the location of the so-called Calefactorium. It was the only heated place in the monastery, where the monks could go before resting or studying and where they prepared their inks and colours for their codes and miniatures.

Over the time, the Room has been visited by eminent people, such as, for example, Pope John Paul, who visited the University on 22th May 1983, during the National Eucharistic Congress. Today, this is one of the most beautiful boardrooms in the University, often used for graduation ceremonies, congresses, panel discussions, seminars and other important events.