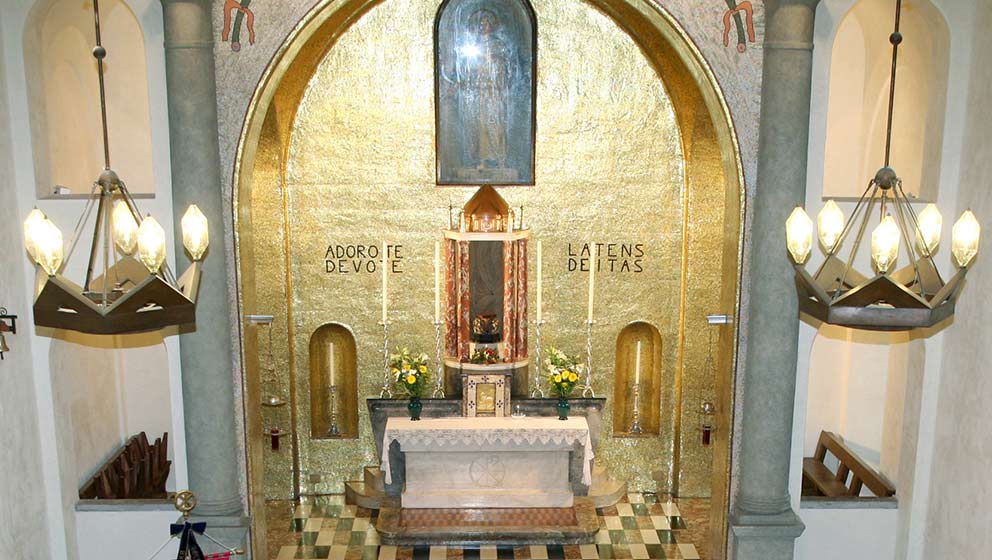 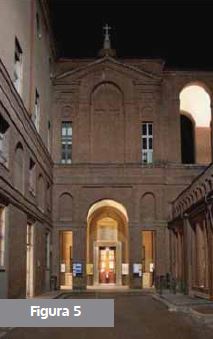 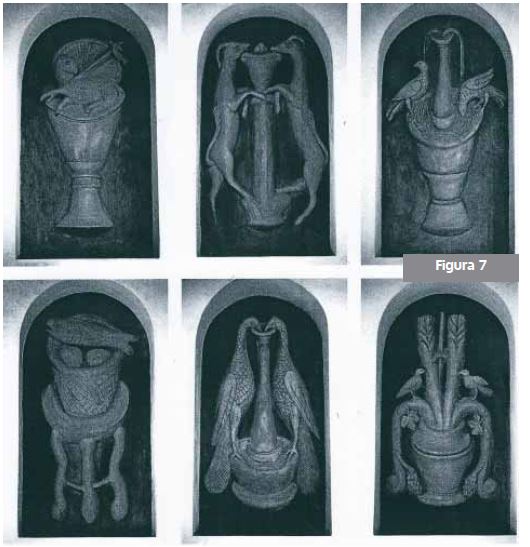 Chapel of the Sacred Heart

The inscription on the entrance door of the Chapel of the Sacred Heart refers to the inscription in the Basilica of Sant’Ivo alla Sapienza in Rome, the 17th century seat of the Pontifical University.

The Chapel, built by Giovanni Muzio between 1931 and 1932, overlooks Via Necchi Courtyard and stretches to the Cour d’honneur dedicated to Leo XIII. It takes up the space previously used as monastic library. Muzio chose to insert along the external body of the building a 16th century archway, originally placed at today’s Largo Gemelli entrance.

The façade comprises two stories, each consisting of a large arch flanked by two smaller ones. The structure is covered with brickworks recalling the style of the nearby Basilica of St. Ambrogio.

The interior consists of a vestibule, followed by a rectangular room and a presbytherium, set on a slightly higher level to make space for the underlying crypt.

The decoration is the result of a close collaboration and correspondence between architecture and figurative arts. It was Muzio who called the sculptor Giacomo Manzù and the brothers Angelo and Mario Zappettini to work on the building.

Manzù made the concrete polychrome bas-reliefs (fig. 6), representing: on the left side, St. Margaret Alacoque (a French mystic who lived in the second half of the 17th century, professing the same devotion to the Sacred Heart that the Chapel is dedicated to) and Saint Joseph with the Child; on the right, the Immaculate Virgin with the Child and St. Francis (founder of the order Father Gemelli belonged to).

The isolation and the frontal position of the figures recalled Byzantine models. Above the works mentioned, there are six bas-reliefs (fig. 7) portraying: the Agnus Dei, female deer, doves, peacocks drinking from the spring of Life, bread and fish, and finally the source of Life itself, from which come out sheaves of wheat and vine shoots, on which two doves are resting. Once again, the reference to Paleochristian art and its symbology is crystal clear.

In this regard, is emblematic the golden mosaic of the back-wall of the apse (fig. 8), made by the Zappettini brothers on the model of Ravenna basilicas. On the same wall stands out the Latin inscription adoro te devote latens deitas “I adore you devoutly, oh hiding God”, from Eucharistic Hymns written by St. Thomas Aquinas.

In the centre, there is a painting by Lodovico Pogliaghi, portraying the Sacred Heart of Jesus, commissioned in 1924 by Father Gemelli and originally placed in the first seat of the University in Via Sant’Agnese.

Another important work ascribed to Manzù is the door to the tabernacle, featuring the Paleochristian theme of the “Agnus Dei” (fig. 9).

Through two archways on the side of the apse, it is possible to access the crypt in which are enshrined the remains of important personalities who contributed to the origin and development of the University. Among them, Father Agostino (Edoardo) Gemelli, Armida Barelli (co-founder with him of the Institute of the Missionaries for the Kingship of Christ) and industrialist Ernesto Lombardo, who financed the first seat of the University.

In the crypt, there are also four granite columns sculptured by Manzù. They represent: St. Clare and St. Francis, founders of the order to which Father Gemelli belonged, Elizabeth of Hungary, one of the first Franciscan Tertiaries, and, last but not least, St. Augustine, after whom Edoardo Gemelli was named when he entered the Order of Friars Minor.

A document confirms that Father Gemelli gave Manzù some gold flakes resulting from some goldsmithing, inviting the artist to use them to make a wedding ring. Some years later Manzù indeed used the ring, when he married Antonia Orena in the Basilica of St. Ambrogio.