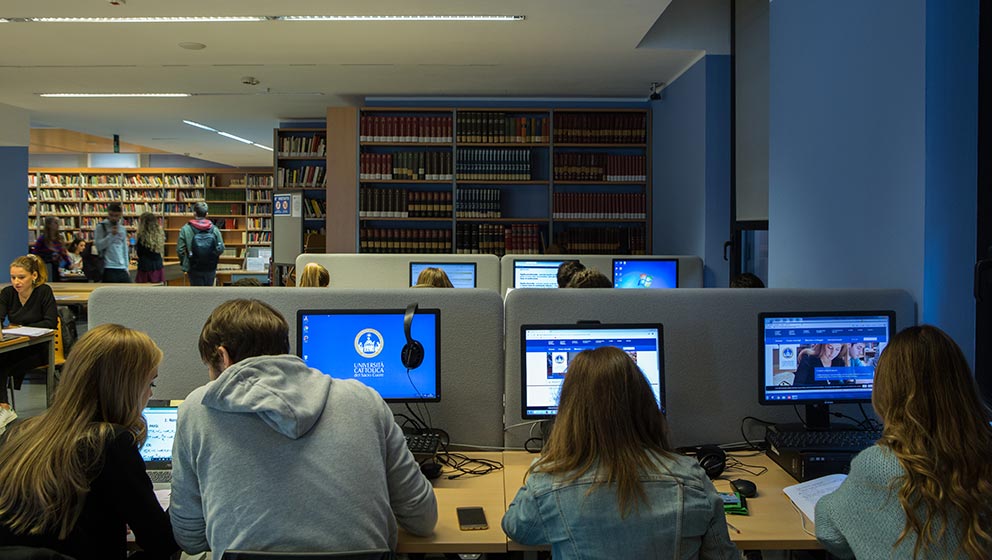 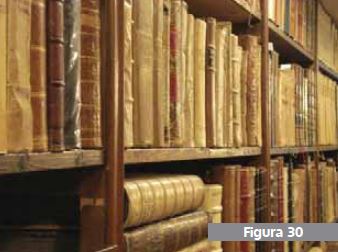 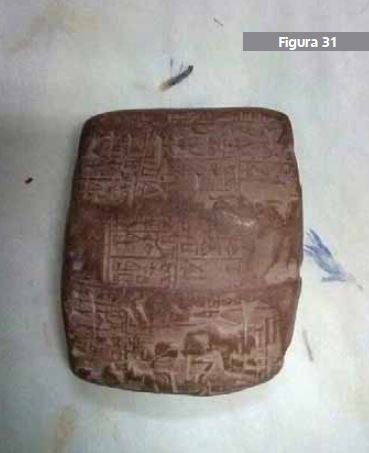 The University must be breeding ground of scholar research, a real laboratory in which teachers and students cooperate to investigate new truths and rethink topics already discussed; in this way we form a critical sensibility and, most relevant considering our University’s special aims, we form a spirit of research.
Father Agostino Gemelli, from some 1919 notes

Since its establishment, the University has boasted a really vast library heritage.

The Library of the Milan campus was devised and built by its founder, Father Agostino Gemelli, since the building of the University in 1921. It was then moved to Bramante’s Cloisters, when this prestigious building became the official seat of the University in 1932. The Library was located precisely between the two Cloisters. It was structured on two floors. The ground floor was dedicated to book storage; the first floor was developed on a single isle, but it incorporated three different rooms (entrance hall, allocation room and reading hall). On the ancient trabeation of the old library there was this inscription: charitas veritatis veritas charitatis “The Truth of Charity is the Charity of Truth”. This verse clearly translated the original “genius loci”, where Benedictines first and Cistercians afterwards had lived their life between faith and culture. This motto holds St. Augustine’s image of the meaning of research and of the love for Truth coming from Faith, which is typical of Father Gemelli and of his close collaborators.

The Library was demolished in 1960 to make room for new spaces. Above it, there is the Gemelli room is, so called to underline its value of “beating heart” for academic research. On the ground floor there are two halls, Pious XII Hall and John XXIII Hall. Today, the Library is divided into a main room with storage, 8 branch libraries with open shelves, located within different departments, the “Giuseppe Billanovich” Consultation Room with open shelves and 12 reading halls.

The Library houses more than 1,500,000 volumes and 38,000 newspapers, 13,000 in an electronic format. The collection covers the whole of the writing history. Among them, we remember about 1,000 papyri, dating back to between the 3rd and the 7th centuries. Most of them are Egyptian, written in Greek, while the rest shows the presence of two different Egyptian writings, the Hieratic, evoking the ancient hieroglyphic writing, and the Copt, resembling more recent alphabets.

Moreover, there are 39 incunabula, like a very precious and rare volume with the genealogic-tree of the House of Visconti and over 2000 books from the 1500s, including a number of editions by Aldo Manuzio. Among the books from the 1500s, there are for example: “Lo ‘Nferno, ‘L Purgatorio and ‘L Paradiso di Dante Alaghieri. In Venetia, Al segno della Speranza”, 1550, an interesting edition of Dante’s Comedy in a tiny volume, and an edition of Plato’s “Dialogues” by Marsilio Ficino.

From the 1800s, the first editions of the “I Promessi Sposi” (“The Bethrothed” by Alessandro Manzoni), the so-called “ventisettana” and “quarantana”, and a finely gold decorated Koran manuscript. From 1900s, Futurist works by Marinetti (“Destruction”) and Boccioni (“Futurist Painting Sculpture”), which are crucial to study the artistic and literary movements of the Novecento.

The Library conserves extremely relevant books, but also very rare documents, such as 73 Sumerian tablets (fig. 319). They have been donated to the University by Giustino Boson (1883-19549, Professor of Semitic Philology and Assyriology at this University since 1935. The tablets, dating back to the third Ur dynasty (2112-2004 b. C.), come from the archives of the cities of Umma (today’s Jokh) and Sellus-Dagan (today’s Drehem), which were important administrative centres situated in Southern Iraq, near Ur, the capital city. All texts are of economic-commercial nature and are about: borrowing and distributing barley and other foodstuffs as salaries, staff lists, payment of in-kind taxes, delivery of foodstuffs, journey commissions for messengers.